English translation of the article written on 27 January 2017

As previously written on the facebook page of the page, last Friday I saw “Saint Joan” at the Donmar Warehouse and then met Gemma Arterton at the end of the show, the third time after 2014 with “Made in Dagenham – The musical” and 2016 with “Nell Gwynn”.

Let’s start talking about the show, one of the most powerful and beautiful I’ve ever seen. Certainly not for all palates, but Josie Rourke’s direction is nothing short of magnificent. A table that is set according to the scene positioned on a swivel that practically always moves at different speeds, which often serves to increase the pathos even more.
The rest is done by beautiful projections and a fantastic lighting direction. This match and fight of the classic against the modern works wonderfully. The protagonist is the only one to be dressed in classic clothes, but she changes as the story progresses. Truly interesting and brilliant show with an impeccable work on the dried pièce of about an hour and a half (Shaw’s original pièce is about four hours). 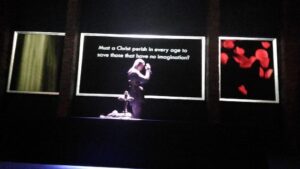 Gemma is on stage when the audience comes in

The cast is great and solid: Fisayo Akinade perfectly characterizes the Dolphin, impeccables Matt Burdock, Niall Buggy, Simon Holland Roberts is physically perfect in their role. Excellent both Elliot Levey and Rory Keenan without forgetting Syrus Lowe in his double role characterized in a different way both with the body and with the voice. Great Richard Cant (especially in the finale) and West End star Hadley Fraser as Dunois.

Gemma Arterton gives her best performance! She shows every side of Joan of Arc, from an innocent girl to a warrior soiled by the war to an innocent woman wounded, tortured and alone. A notoriously difficult role that she faces and lives in a masterly way, to say the least. Let’s say it: you only face this show if you are a great actress, otherwise you lose all the credibility you sweat over the years. Gemma has been called the Helen Mirren of her generation and we can’t be wrong. The last twenty minutes reaches astounding peaks of intensity. Heartbreaking! 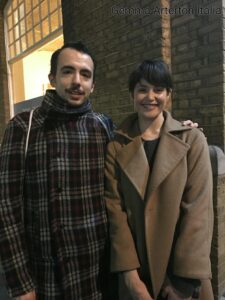 Since the first time I went to see Gemma, I always sent her a bouquet of flowers in the dressing room like break a leg before the show. In 2014 we took a picture and we hadn’t talked much, last year after “Nell Gwynn” I was surprised that she remembered me and that she approached me thanking me for the flowers without me having had the opportunity to say a half word (but then we have talked a bit). Last summer I sent her a wonderful artwork made for the occasion by Nicola Roversi as good luck for the production of “Saint Joan” and even there she remembered me perfectly, but Friday’s meeting exceeded the my expectations!

Just five minutes after the show ends I see Gemma walking out of the theater next to Fisayo Akinade, her partner also in The Girl with all the Gifts. She squeezes one hand to the left, a few more to the right and as soon as she comes out a fan asks her for an autograph. She kindly answers as usual “yes, sure, but …” (and here comes a BIG BUT) “… first I have to say hello to someone!”. 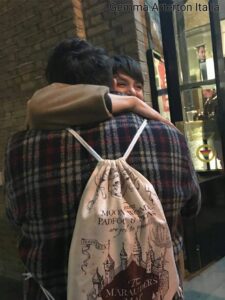 She then approaches me still moved by the show and says in Italian “thanks for the flowers!”. At this point I can’t hold back the tears anymore and I hug her as she thanks me. I explain why I am in this state: “you know Gemma, I love Joan of Arc since I was a child and I found your performance really great because you don’t make her look crazy, but you always make her seem ..” She continues the concept: “Yes, clear with mind!”. I keep saying that I think this is one of the most difficult sides of the character and she still agrees with me. I conclude by saying that she could brings people to believe in God as long as the character lives.

After this first parenthesis I gave her a necklace made by my mother as an early birthday present. Very much in her style and she thoroughly enjoyed hugging me again. Lastly, I pulled out my blu-ray copy of The Girl with all the Gifts and had it autographed, telling her I loved it, and that I’ve read the book in the past saying that I’ve found her a perfect Justineau. During the autograph he started joking with my three friends present with me who made fun of being my assistants in these exciting moment (thanks Raffaella, Roberta and Leonardo!). She, very happy that I loved the film, hugs me again and says “thanks for the support”. Got it? Thanks for support! The most beautiful sentence I could receive after all these years of Gemma Arterton Italia! I am not an intrusive fan, but I respect her privacy, her work and her choices: maybe I understand her since we are, even if it makes me strange to say it, colleagues (I’m on opera singer but I also work as actor and pianist).

Last Friday she related with me as if we were old friends: affectionate, available, sincere, humble as usual. I am happy to support Gemma Arterton, a huge example of great talent who lives with such humility. I can say that I know my favorite actress and that she remembers me very well. This time I also shared my thoughts on her performance with her and we talked a lot after she treated me in a ‘privileged’ way (the fact that she gave me priority over the other person waiting) without me I asked her for anything. What more can I want?

This is how I close this story of “Saint Joan” that I share with all of you followers of Gemma Arterton Italia! 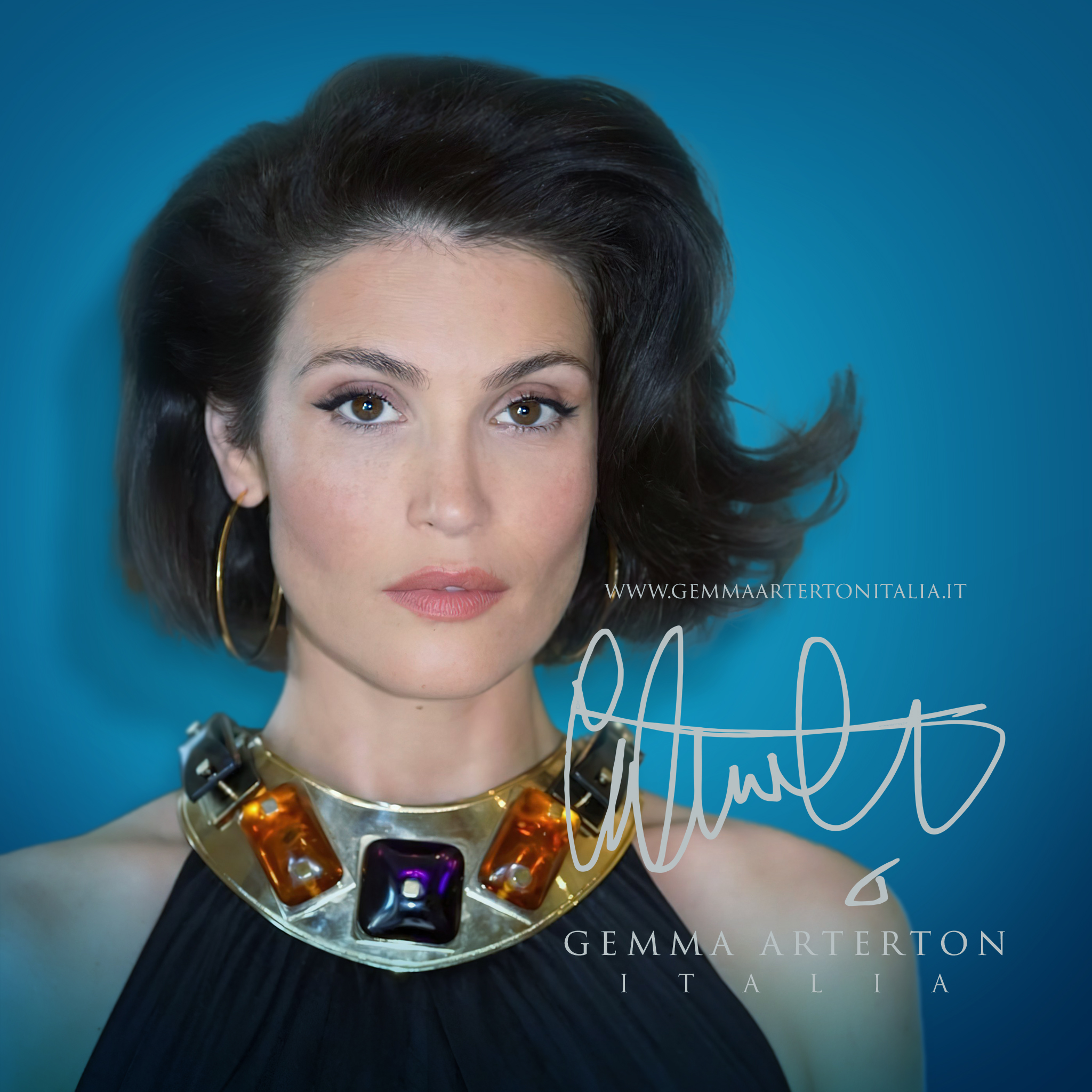 Reference page for fans from all over the world, the founder and administrator Gian has met Gemma Arterton three times over the years also talking to her about this.